The automatic layout of graph is an algorithm science. The purpose of layout is to express the structure of graph, generate the layout effect of aesthetics. There are many types of layout. it can be divided into three classes: scatter, tree-form layout and network layout 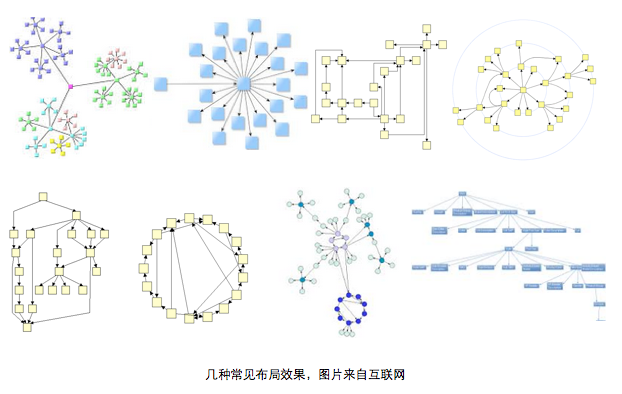